Why Does New Stuff Always Have to Be So Difficult? 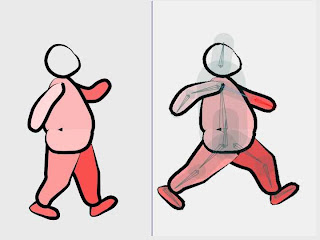 I finally got some time to return to Animation. But not really. I'm tyring to first create a reasonable “cartoon” character to use in the software. Not to bore anybody with the details but in Anime Studio each moving part need to be drawn on it's own layer and then pulled together when the animation starts.

The question is, how to get the drawing from your mind or from paper into the application. I tried to import a picture to work from, then I tried to create a model from some graphics application. Neither worked out well.

So in the end I'm just trying to learning how to draw in the application it self. This may not be the best answer, but after hours of trying different things and looking at forums for Anime Studio, that is the choice I made. To get to this decision took hours and learning how to actually do it is taking hours.

Creating the initial objects are extremely important and the upfront effort should be rewarded once motion is actually applied to the objects. By comparison in traditional frame by frame animation, you would half to recreate the character anew for each frame, and at 12 to 24 frames a second, it would be VERY time consuming (there are shortcuts for this but to make a really smooth animation you might drawing every frame).

Just to show I've done something. Here is an early design (no motion at this time). The image on the right shows the bone structure that allows you to manipulate the image rather than redraw it every frame.

Remember, I'm going for the cartoon look AND I'm planning on up to a year to actually produce something I like.