government by the least suitable or competent citizens of a state.

"the danger is that this will reduce us to kakistocracy" ·

•a state or society governed by its least suitable or competent citizens.

"the modern regime is at once a plutocracy and a kakistocracy" ·

"the man on the street must share part of the blame for allowing such a kakistocracy to entrench itself"
Posted by ZeppoManx at 12:00 PM No comments: 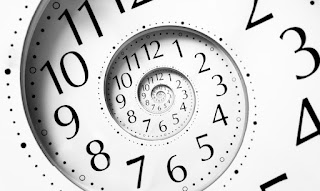 Well, another birthday and another year closer to death. Now on the 11th year of this erratic blog. I suppose there are still other blogs out there but you just don’t hear that much about them anymore. So much easier just to tweet I guess.

So I’ve been reading Sapiens: A Brief History of Humankind by Yuval Noah Harari after listening to him interviewed on Russell Brand’s podcast. Between the podcast and what I have read so far I gather one of his main points is that the thing that makes us homo sapiens so successful is that humanity can take collective actions because all the things that motivate such cooperation is the use for “fictions”. Like a legal fiction, as in corporations are people, to the very notion of nations and states and corporations, and a bunch more. https://www.goodreads.com/book/show/20873740-sapiens

I don’t want to go into what may be wrong or right about his thoughts, but just provisionally accept it as true. Interestingly it echos the stuff Nathan Gill was saying with his “non duality” stuff. Like the bit where there is no history or future, only “NOW” only “being” (https://youtu.be/9Wo99sa8C4Q). Even though we spend so much time thinking about what we did wrong, or good, in the past, or so much worrying about what we will do and what we might do, those are all just stories we tell ourselves as we live..NOW. We carry all of that with us at each present moment. But really we are already living in the NOW! We are already enlightened and it would be clear if we could just drop the stories that drown out our true vision. Really it is these stories that are the internal Virtual Reality goggles that we wear in our brain.

So both past and future are fictions of a sort. Yes stuff happened and will happen and there are consequences to actions and karma is a bitch, what goes around comes around, all that kind of thing. BUT...LIFE LIVED happens now! And it is only because we carry these stories along with us to each present moment that these fictions (stories) have such power. If we could let go of these stories, assholes could stop being assholes at once, but those stories overpower us.

So the thing that makes us modern humans are the stories we tell ourselves. The good and the bad of it is that we live by and cannot escape this story telling, it is what makes us human (and that is not an all good thing).

Some of the stories are horrible and enduring, as exemplified by Stamped from the Beginning: The Definitive History of Racist Ideas in America by Ibram X. Kendi https://www.goodreads.com/review/show/2059048703

Or how we as a people can’t deal with Climate Change… explained in Don't Even Think About It: Why Our Brains Are Wired to Ignore Climate Change by George Marshall https://www.goodreads.com/review/show/1350742534 where basically climate deniers have more effective stories that take advantage of humans natural short shortsightedness.

How financial wizardry rules and ruins the world as told in I.O.U.: Why Everyone Owes Everyone and No One Can Pay by John Lanchester https://www.goodreads.com/review/show/1721638422 it only works because of the stories bankers tell themselves.

But against all this negativity is the idea that there is also a strain of compassion and empathy buried in our DNA. Part of which I get from The Age of Empathy: Nature's Lessons for a Kinder Society by Frans de Waal. https://www.goodreads.com/review/show/1481801657 Like there are situations that draw out empathy in the great apes and we humans can also be drawn into compassion IF we work to encourage those situation in our society. IF we did that of course.

AND there is science behind it like in studies of Vagus nerve where compassion starts BEFORE the brain so we feel compassion first and the impulse is then sent to the brain after that. https://www.scientificamerican.com/article/forget-survival-of-the-fittest/ .

Sooooo...humans have both an impulse to disorder but also a tendency toward cooperation and compassion and it is up to ourselves to construct a society that encourages the good over bad...IF we wanted to, but mostly we don’t.

But the galling thing is that all the suffering is simply driven by dumb stories.