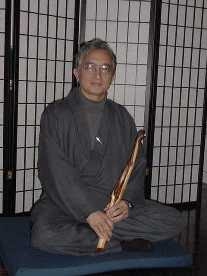 I had a dream the other night that I walked out of the house I grew up in and just outside the door was the Zen teacher I saw for 6 or 7 years. He brought a crowd of people with him from Latin America and they smiled at me because they thought I could speak Spanish (and understand them I guess).

But I frantically tried to warn them that I only understood a little. I said

I was trying to say I only spoke in simple words, except I was horribly tongue tied and struggled to say palabras and it was like my tongue wouldn't work right. And of course in my dream I know simiplice is Italian for simple (or should it have been simplici?) and I was frustrated because I couldn't remember the Spanish word for “simple” but kept saying the Italian word. Which is all more strange since the English and Spanish words are basically the same thing...simple = simple

But the crowd of people with the Zen teacher in the foreground just smiled at me pleasantly and didn't say anything.

So I couldn't say words and could not remember anything simple

Posted by ZeppoManx at 11:08 PM No comments:

The Only Way it Clicks!

The Thin Man by Dashiell Hammett

I always enjoyed the early Thin Man Movies and coming off reading The Maltese Falcon I went straight into Hammett's The Thin Man. I quite like it but in print the constant drinking is a little less charming than in the movie.

A pleasant read and for good and bad it shows it came from a different era. Even if it almost seems Hammett is making a parody of himself.

Studsy returned alone. “Maybe I'm wrong,” he said as he sat down, “ but I think somebody could do something with that cluck if they took hold of her right.”

After a while she asked: “Is Mamma in love with you?”

“Good God , No! She hates men more than any woman I've ever known who wasn't a Lesbian.”

“Stop saying that. Of course we're sure. That's the only way it clicks.”

“But it seems so loose”

View all my reviews
Posted by ZeppoManx at 11:56 PM No comments: