I am testing my old Video Camera (Sony DCR-HC40) that is around 6 years old, so I took it with me on my ride around the lake after work today. Previously I had problem with the automatic exposure but today it worked out OK. It is just that any less than 1080p seems so 20th Century.

Posted by ZeppoManx at 8:14 PM No comments:

Aikido: The Art of Deception


After almost 2 months away I made it back to Aikido tonight, and boy am I tired. There are other dojos that keep a more vigorous pace during practice, but in any case for a plump middle aged man like me tonight was a whipping. A good time but still I am pooped.

Anyway I don't know if it was because I was away for 2 months or one of my recurring confusions. We were working on shiho nage from yokomenuchi (strike to the head from the side) and it was like I had never done it before.

But in an effort to explain things Sensei tried to explain how you can use a little trick to get the attacker (uke) off balance. As soon as Uke starts to raise his arm to strike, you extend your leading arm toward him. But not to block or atemi, rather as distraction that tuns into a “hook”. Just by dangling your hand in front of the attack you throw off the attack calculation of the attacker. Then you use you arm as a buffer to the coming force to retract a bit as your body moves back a bit to absorb the attack.

Then once you have his balance you apply shihonage (see above), BUT you do the technique with little to no force as you move uke's arm up high enough to step through. So that he doesn't know what you are doing until you are on the other side of his arm and can finish with some extension and bingo he is on the ground.

These two component demand that you feel what you are doing and what uke is doing, so that there is no resistance at any point.

In sensei's closing remarks he opened with something like “Aikido is the art of deception!”

He speculated that it is natural in any conflict for a forceful attack to expect forceful resistance. You as nage must present the target but at the right moment you move the target and actually Uke is deceived because all the stuff he was expecting was not there. And when he demonstrated it on us it was like magic. One of those times you say “What just happened” as you are laying on the floor.
Posted by ZeppoManx at 11:16 PM 3 comments: 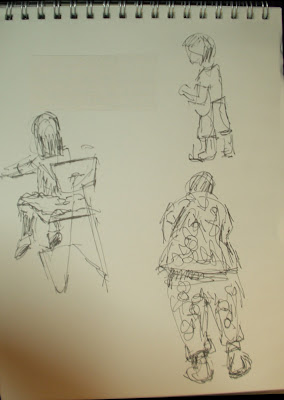 I tried to secretly sketch a few people at the coffee shop. It is dang hard when you are just a few feet from them. The big guy was buying coffee and was wearing green / gray camouflage and so I just put down a bunch of squiggly lines to indicate that.

I could have got to Aikido but I think I was actually a bit scared since it has been almost 2 months since I was last there.
Posted by ZeppoManx at 11:11 AM 1 comment:


My first exercise in a month and a half.

It felt Ok. I am may go to Aikido tomorrow.
Posted by ZeppoManx at 11:07 PM 2 comments:

A New Look at TV 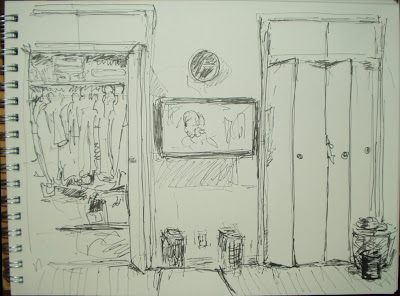 For some reason the view of the far wall looked interesting to me so I grabbed the pens and drawing pad.

Not much to say, just here is the TV
Posted by ZeppoManx at 9:35 PM No comments: 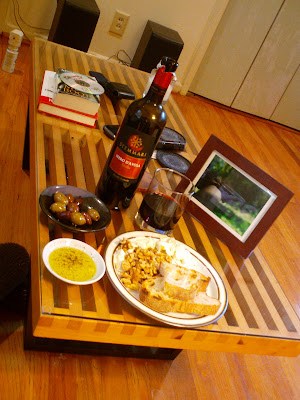 Maybe back to Aikido next week!!
Posted by ZeppoManx at 8:46 PM No comments:

The greatest thing....you'll ever learn...

The greatest thing
You'll ever learn
Is just to love
and be loved
In return
Posted by ZeppoManx at 8:39 PM No comments: