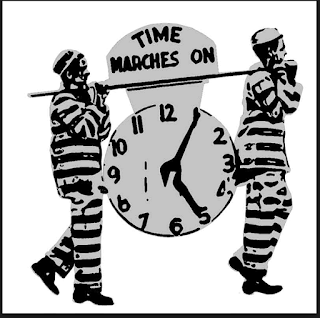 10 years of blogging. 10 years of thinking of what to do in the remaining years I have.

So is it a failure if all the time spent in your later living is just "thinking about" how to spend your later life?

My current reasoning is that no, but not because thinking about what to do is just as ok as doing. But rather the whole concept of "failure" and "success" are arbitrary, decided either by cultural norms or individual opinions. There is no database of usefulness to consult in assaying the success or failure of a person or a life. In fact doing nothing is more pure than doing something dictated by some outside conception. So it is honestly I value more than results.

Granted, nobody else may agree that what I see as honest is actually true, especially since I doubt the very idea of certainty, even thought this notion implies I am certain about it. Nonetheless I trudge on one absurd step after another.

Will there be more posts?

Posted by ZeppoManx at 3:19 PM No comments: