I took a walk tonight up to the local Walgreens for some cold medicine (not for me) and while I walked I plugged in the headphnones and listened to MAIS QUE NADA by Sergio Mendes and Brazil 66.

What a great song. As I walked I felt great with the music and took these pictures because everything looked better.

Listen to the music as you look at the pictures and you will experience what I heard as I walked and see what I saw. 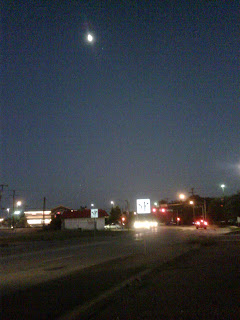 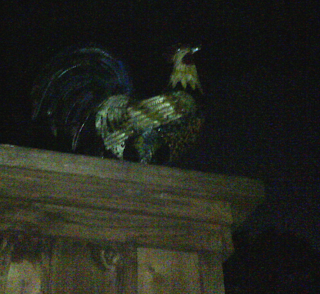 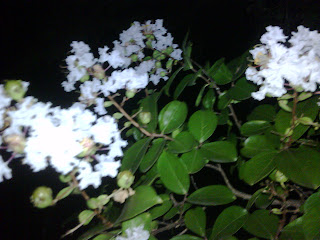 I felt like the guy in the video who was standing on the railing.

Deja Vu All Over Again


Pre Class thoughts...I thought I “Ok, I'm actually getting more relaxed. My ukemi is getting smoother and tonight I'll really flow. Yeah, that's me!”. Well, that was not quite the case, but SOMEDAY Sensei will not have to tell me to relax (For over three years I've heard the “relax” command)

So...Sensei was a student with us normal folk tonight and Lawrence (brown belt) taught. And when we started with Tai No Henko (tenkan exercise) and Sensei worked with me.

I grabbed Sensei's wrist and he immediately looked at me and siad “Relax” as he touched my shoulder. And for the next few minutes he tried to pass along how to understand and react for tai no henko. It was a very short but very focused experience and really pretty special. The good part was felt I like I worked on sort of the fundamentals of the fundamentals.

I worry sometimes that the good efforts of our good Sensei are ultimately lost on people who are numskulls like me.

The video is an only a slight example of what we practiced in that we were slow and deliberate and the video is fast and frantic.
Posted by ZeppoManx at 11:44 PM No comments: 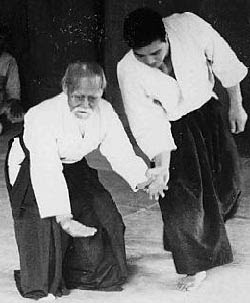 That's how I see it and it may not be worth the virtual paper it is printed on but there it is.
Posted by ZeppoManx at 12:10 AM 2 comments:

Another Cup Of Coffee 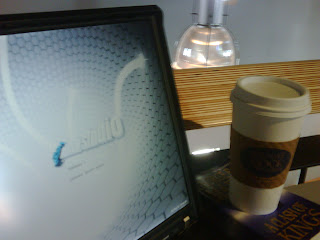 I was too slow and lazy this morning and skipped class to hang out at the coffee shop before I have to do my chores today.
Posted by ZeppoManx at 10:08 AM No comments:

A View From The Lake

There is no Aikido tonight so I managed to squeeze in a late afternoon ride around White Rock Lake.

The picture is of a house the comes into view when I round a certain curve. I just look forward to looking at it on my ride. A small pleasure but a pleasure non the less.
Posted by ZeppoManx at 7:20 PM 1 comment: 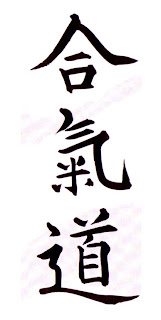 Unexpectedly I was able to make tonight's class and after many weeks gone it was great to be back especially since Sidney was teaching tonight.

It was one of those classes where you think you're getting something special. Not some clever technique but Sensei kept driving at the core or what Aikido is. We worked on basic things. Things you thought you knew, but you realize what you thought you knew wasn't knowledge after all. You demonstrated Shomenuchi Ikkyo on your first test (5th Kyu) but now it is as if you had never heard of it before.

At the end of class he said there had been complaints that the youngsters in the class were not treated gingerly enough. From there he tried to explain that Aikido was not Nage imposing the technique on Uke but rather just as a technique was not IMPOSED on an uke because nage wanted to “do” the technique it is the same with the nage/uke relationship. We are called to be aware of uke's ability and act accordingly (be gentle or forcefull in the application of the technique), and he reminded us Aikido was Harmony and it also meant harmony with ukes of many levels.

He repeated we don't impose a technique and that in training the point it to learn a technique and how it applies to uke so be aware of what you are doing and why and nage and uke both must strive to perform their part as best as each one can.

He then went on to explain that in the moment of an actual attack by a some villain if you learned the technique in the variations of class you survival impulse would take over and you would apply the move with no restraint.


He then started a story even though he saw class was late, but as he said “But, this is important”

Once there was a martial arts master who wanted to fight somebody who would not hold back because for him it was truly life or death. So he found a prisoner who was condemned to die and talked the local magistrate into letting him fight the man and if the man could kill the master the prisoner would be free. It would be a true fight to the death.

The fight started and for a time the prisoner was so motivated that he pulled out every trick he knew and the master had to struggle. But finally the master killed the prisoner and went to his (the master's ) teacher. He described how surprised he was at how hard it was to the beat the man who didn't have great martial arts training.

“And think how difficult it would have been if he knew your techniques!!”

So again the point was...learn these techniques, know why, how and when to use them. And by working with ukes of all levels if you can appreciate how to use them accordingly...when the time comes it is the marriage of technique and survival that will win the day. But if you insist on imposing your technique on weaker ukes you don't actually learn as much.
Posted by ZeppoManx at 12:04 AM No comments: