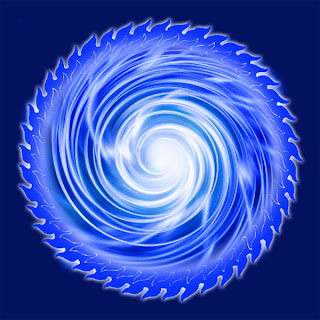 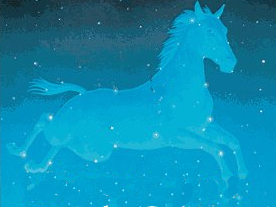 Anyway it reminded me of Athansor in Winter's tale by Mark Helprin where in one scene he and the rider protagonist are trapped by the bad guys in NYC (they really are bad guys). Above is the part where we find out Athansor can fly
Posted by ZeppoManx at 12:26 AM No comments: 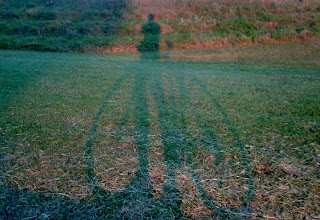 Saturday: I got an an extra hour of freetime on the Aikido mat on Saturday with Lawrence to prepare for my 3rd Kyu test. I hope to compose a more thoughtful Aikido post in a few days.

Sunday: Domestic duties took up most of the day but I managed to get in a bike ride just before sunset. The above and below photos are a record of this ride. 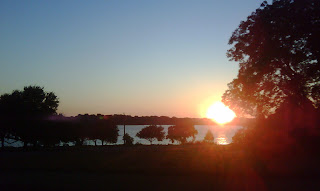 Some Nights I Think I Can Stay Up 'Til Dawn

Aikdio tonight and 1st Kyu Mark taught and Sidney Sensei participated. Good class and again we worked on things that I thought I knew but it turns out I didn't. Katate Tori Shiho nage, on the the 5th Kyu test I took almost three years ago and I had it all wrong.

Still it was good in that Mark had us work on only a few techniques but we stayed on them for longer than normal. It felt good.

A very small class. Is our dojo shrinking? A few months ago it seemed we were bursting at the seams, but now...well who knows?

It turns out there was some drama at the dojo and somebody thought somebody else was saying something bad about them and there were a few mass emails that went out and somehow I missed them all. So maybe that accounts for the drop in attendance but then again I don't know for sure. It is just that I am so clueless sometimes.

So I spent some time looking though ignored emails, then I looked up techniques we worked on at You Tube and at that time I saw there was an ad actually on the video I found on YouTube for a new Aikdio dojo in our area. It is not an USAF (United Sates Aikdio Federation) but for something called American Akikai Association.. Anyway, then I surfed the web a bit and saw that my dojo www.planoaikido.com would not come up.

So I emailed people about all this and the next thing you know I could keep going and writing blog entries I meant to do but have not. Look and all sorts of things.

But I have to go to work in the morning, try to ride my bike before that and...well there is so much to do I sometimes think I could stay up all night. But I won't, won't stay up, won't write other blog entries, won't look for other aikido videos, won't read more on the novel I'm into and so much more.

Maybe someday I will stay up until I can sing “Here Comes The Sun”
Posted by ZeppoManx at 1:17 AM No comments:

What's It All About Alfie?

Monday we worked on ukemi AND watched some of a Donovan Waite video. Really great stuff. I've been at this in my own half assed way for over three years and still sometimes there is something totally new. I've seen Shiba Sensei demonstrate some of this ukemi before but I gather he wants us to focus as much on that as the nage technique. I “think” I understood a bit more after Monday...I hope I did.

Tonight Charlie Sensei taught but he had Shiba Sensei act as uke so we could see the two parts of the instruction. Again, pretty great. Much like Donovan Waite's comments at the end of his ukemi DVD where he talked about focusing on soft practical ukemi as opposed to dramatic high breakfalls...Shiba Sensei is superbly efficient, useful and UN-dramatic, yet incredibly graceful.

Upshot and the bad part for me was that it was very aerobic and I TOTALLY wimped out and had to ask to sit on the sidelines after an hour of fairly fast paced practice.

In past practices I once had to leave because I couldn't breath ( some sort of bronchial asthma ) but aside from that I always managed to make it through class...but not tonight. I have rarely exercised outside of Aikido since before last summer and I guess it finally caught up with me. I remember once I could outlast younger fellow Aikidoists but not now.

So it comes down to thinking about practicing Aikido and saying “What's it all about?” Can I get the gumption up to exercise more in order to practice in a fuller fashion? I once could. Can I do it again? I don't have to be a madman about it but maybe I'll actually have to discipline myself to ride my bike before work as I once did. BUT, sadly self -discipline is maybe my weakest point.

So what is it all about? Can I change my behavior for a goal? Something I want to do? Or am I just fooling myself and need to accept I just too lazy to break out this pleasant but un-aerobic tendency I have to drink wine and beer and eat pasta, cheese and chocolate?

What is IT all about and what am I all about?
Posted by ZeppoManx at 12:13 AM No comments: