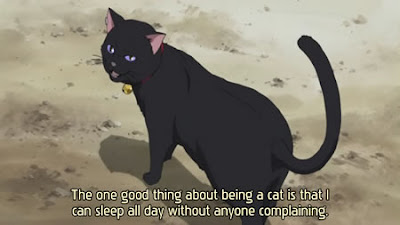 (from Darker Than Black Anime)

I was tired. I was weak....so I just went home after work and missed Aikido Class, i.e. I was a wimp.

But at least I paid homage to Aikido's country of origin...Japan.

I stopped by the local kroger for some freshly prepared sushi and took it home and ate it as I watched Japanese Anime.

Posted by ZeppoManx at 10:15 PM No comments:

I managed a ride on the Dallas Santa Fe Trail this morning. It takes you from White Rock Lake to just outside of Downtown Dallas. A nice and easy ride of maybe 5 miles from the White Rock Spillway to to Downtown. You end up in in an odd part of town for a cyclist and I suppose if I knew downtown or Deep Ellum better I would have know what to do it looks like the trail definitely ends with no expectation of further development, even though the trail itself is very well constructed.

As an aside it is cool to see the remains of the original Dallas Santa Fe Rail Line at the end of the bike trail pavement. 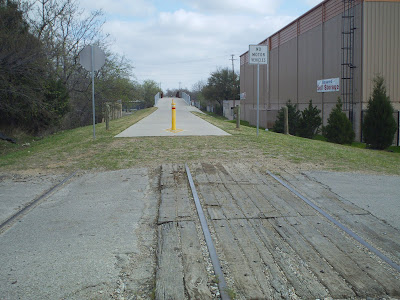 Posted by ZeppoManx at 11:02 PM No comments:


Unfortunately I couldn't make Aikido class tonight and it was very pleasant cool evening in Dallas and with the time change I took advantage of the daylight after work and I managed to get in a bicycle ride in at White Rock lake. It has been a few months since I've ridden and it was nice to get out. 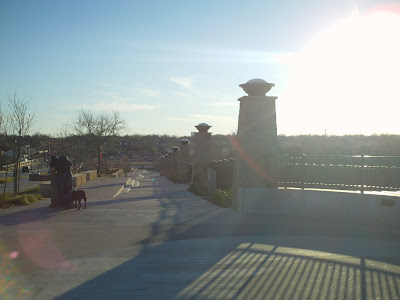 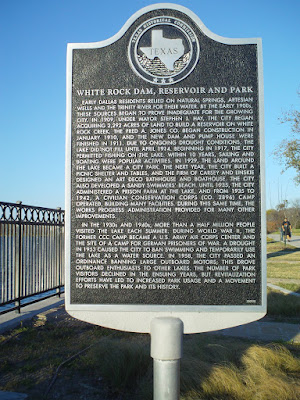 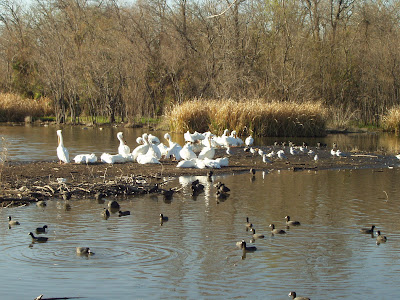 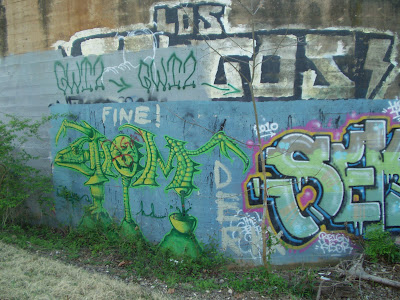 All in all a nice ride
Posted by ZeppoManx at 9:41 PM 1 comment:

Blind Faith - Can You find Your Way?


Tonight Mark taught and with every technique we closed our eye as we did them, The instructions were for nage (the one being attacked) but I think we automatically closed our eyes when acting as uke (the attacker)

It was really a nice way to learn, in that I think it made us use a different part of our brain. I may be a cliché but I think we become locked into certain ways of looking at the world (a weltanschauung if you will) and we are subject to those looking at problems and situations from only one perspective. But when you close your eyes, suddenly you information input is radically changed. From that point the story of the moment is told not by what you see but by what you feel.

I think the very act of seeing and reading trigger conditioned ways of thinking and while often they are the most effective, sometimes they might miss the point.. It reminded me of a difference in Protestant “Bible” church service and a Catholic Mass. In the first you bring your Bible and read as the preacher also reads the scripture. But in a Catholic Mass you specifically DONT read as the gospel which is proclaimed. And I really buy the argument that by “listening” to the good word it is a more direct route than reading. Reading might get through to your soul, but listening is like “chugging” the word of GOD but reading is digesting. You need both in different situations but sometimes you need the injection to the heart to seal the deal.

And is that context I propose that by closing your eyes while doing an Aikido technique you might actually figure more out than objectively sorting things out.

Last Saturday we had testing and I helped on a 5th kyu test. Last time I worked with somebody on their 4th kyu and now a 5th. The thing is, I think when you help somebody on their test you really understand that you don't don't “understand” anything. But I guess the takeaway is that it is only by trying to teach aikido (in a small way) that you actually learn it.

On a different topic, don't start a diet or abstain from wine when you are on a Sopranos watching kick. They are always eating pasta an drinking wine. I can't resist, so after Aikido there was a big bowl of pasta and store bought, but good marinara sauce and and nice but cheap bottle of Shiraz. FYI, the shraza was paid for by an old Texas lotto ticket I had in my wallet

Congrats to Biliosk8 on passing his 3rd kyu. His test was way better than mine and maybe we can all work with Mike (who took 3rd kyu in the last test) and figure out 2nd kyu.

I am not really a fan of Blind Faith, but it is always nice to open a blog post with music.
Posted by ZeppoManx at 12:18 AM 1 comment: