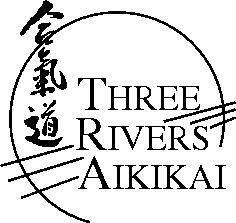 I’m in Pittsburgh tonight and practiced at Three Rivers Aikikai at Carnegie Mellon University. The Head Instructor was out of town so another black belt taught the class. There were only three other people plus the instructor, one had practiced for less than two months and the another was there for the 3rd or 4th time. I think the last student was still somewhat new but he looked better than me in his techniques.

While there are sometimes less experienced people at our dojo I know that my time with them is short and somebody better will be working to correct any errors. I offer help when I can, but I know others will help more.

So, it was a different and an interesting night.

While traveling I have practiced at 8 other dojos and 1 judo class. I first look for a USAF (US Aikido Federation) and if there is none I check for ASU (Aikido Schools of Ueshiba) and so far that has worked out well.

That is really cool, Dave! Like Brian, I've had that experience in wrestling, but not thus far in Aikido. Having to step up like that in any activity is great for you -- we have to occasionally push ourselves and get into less the comfortable situations.

Well, I guess I'll see you guys in about a week. My knee is almost well, but I'm going to Mexico on vacation for a few days. So I'll see you next Wednesday.

Yes - it is spam. It looks like - based on his links, it for for personalized tshirts.