Remembrance of Books Past 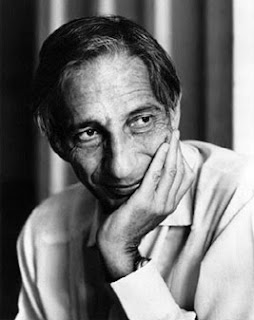 Bibliosk8's comment on my previous post reminded me that way back in the 1980's I read some books by Ivan Illich who had some great observations about the bicycle.(see below)

Man, unaided by any tool, gets around quite efficiently. He carries one gram of his weight over a kilometer in ten minutes by expending 0.75 calories. Man on his feet is thermodynamically more efficient than any motorized vehicle and most animals. For his weight, he performs more work in locomotion than rats or oxen, less than horses or sturgeon. At this rate of efficiency man settled the world and made its history. At this rate peasant societies spend less than 5 per cent and nomads less than 8 per cent of their respective social time budgets outside the home or the encampment.

Man on a bicycle can go three or four times faster than the pedestrian, but uses five times less energy in the process. He carries one gram of his weight over a kilometer of flat road at an expense of only 0.15 calories. The bicycle is the perfect transducer to match man's metabolic energy to the impedance of locomotion. Equipped with this tool, man outstrips the efficiency of not only all machines but all other animals as well.


Illich was a fascinating person and I went to a talk he gave in Dallas in 1983 and the idea of building your society around the idea of the most efficient method of transport (the bicycle) it really thrilling. But then you come across his notion that society puts impediments to such changes in place with Radical Monopolies..."By "radical monopoly" I mean the dominance of one type of product rather than the dominance of one brand. I speak about radical monopoly when one industrial production process exercises an exclusive control over the satisfaction of a pressing need, and excludes nonindustrial activities from competition." Ivan Illich, Tools for Conviviality, p52.

It is one of those ideas that you alternatively think subtle then obvious and back. At the time it was obvious if you wanted to use a bicycle as a real mode of transportation, since road constructions was everywhere but it seemed the more roads there were they were solely designed for cars to the point you couldn't ride you bike on them. I wonder if he would have an opinion of cities working to include bike lanes and bike trails now. I expect he would see it as mere lip service.

Anyway, it would be great if I dug out those old books and read them again. Of course he was the type of thinker that shames you with your own laziness and self deceptions.