Why Is A Non Martial Man In A Marital Art? 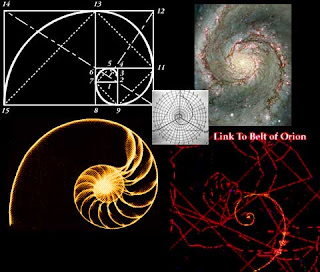 Today we worked mostly from tsuki (punch to the stomach) and in one example nage would almost make a block with one hand as they stepped across the front of the attacker. While it got you off the line of attack you are stil vulnerable so you used a strike to the head to distract the attacker. This is supposed to be a atemi that uke recoils from so that it is more of a feint. The point is that the strike is not the actual “technique” you are applying but something you use to get uke to the place you want them.

None the less, in a real world application you would make contact and if it hurt them, all the better I guess. But for practice we usually make half hearted strikes since that is not what we are really working on. And as Shiba Sensei explained when you bring your hand to somebody's head they natural react to avoid the hand.

Well most people do. Not me though.

He was giving a little personal instruction to uke-nage pair I was part of I and I was uke for the demonstration and just as he said something like “he will react and pull back” he brought his hand to my face but I just stood there and let his hand hit my nose.

Fortunately it was quite gentle and it didn't hurt or damage me, but I think he was a little taken aback that someone would not react to a hand to the face.

I think it shows that basically I an really not a fighter. Maybe I would be if people tried to hit me more, but it justing is not ingrained in my reflexes to response in a martial manner. Of course when practicing a technique I know what the goal is and how I should respond. But in this case I was watch Sensei and listening and even though I saw his hand coming at me I did nothing.

Later the same thing happened after Sensei left. You might think I would learn after one experience.

I don't know if fighting is in me but I just never had to develop those brain pathways, or my dna makes me non-violent. The net result is that when ever an Aikido teacher assumes a natural fighting reaction in the students I'm not in the shaded intersection of that venn diagram of mostly martial and mostly non martial people that react appropriately.

If it is true, why am I even there?

Since i still look forward to Aikido practice I'll just add it to my list of things I do that don't make any sense.

On a different matter, Sidney was showing some technique and he wanted to emphasize the spiral nature of the the movements and said it was like a sea shell that expands out from the center. From that I recalled hearing once that the the ancient Greeks felt the nautilus shell was an example of the perfect ratio in that some out the proportions of the shell as it expanded in size depicted some universal beauty.

May THAT is why I practice Aikido.

Posted by ZeppoManx at 1:30 AM

You don't give yourself enough credit! Since I started at the dojo in Jan. 2007, you have improved immensely! I think it is hard to react naturally in the practice environment. Hell, Sensei had so slap me in the balls several times before I learned to jump and roll away, haha!

I enjoy reading your posts. I don't know if "universal beauty" exists or if it's myth, but the idea is certainly attractive. As for being "martial" I think it's unnatural to be on the defence of a strike, and action is always faster than reaction. Further, Aikido is cooperative in nature, so when a sempai or sensei suddenly strikes out, maybe to make a point, it is a bit of a break of character. This sudden role change, from cooperative harmony to opponent, is hard to grasp, and makes me wonder where and when it is appropriate to resist...like in response to the question "can you get up now?"

The form is more ambiguous than a punch, block or kick. While effective once mastered, it's hard to imagine an aikido response to "fighting" at a level below shodan. The true art, however, is to avoid a fight, which we cerrtainly prepare for in each practice.

It's not avoidance of being hit that matters, in my opinion, it is avoidance of the fear and adrenaline overload that causes fighting. In aikido, uke commits to a directed attack, which a fighter avoids. So, kata teaches technique, not fighting. Fighting is careless aggression, not art.