Trying to Square a Circle 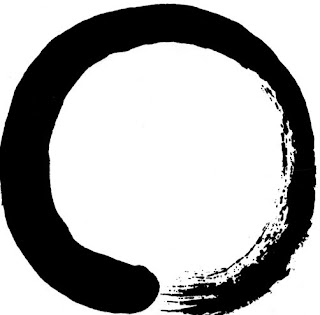 Everything an Indian does is in a circle, and that is because the power of the world always works in circles and everything tries to be round. In the old days when we were a strong and happy people all our power came to us from the sacred hoop of the nation....Even the seasons form a great circle in their changing and always come back again to where they were. The life of a man is a circle from childhood to childhood and so it is in everything where power moves.
- BLACK ELK


the quote opens to book The Gift of the Jews by Thomas Cahill, and while I only read a bit of the book I'm am pretty sure he us using that quote to show us a world view that was once ubiquitous and accepted but now, thanks to the Hebrew tradition is a view of straight lines.

I think it is true that “western culture” teaches us to view things linearly. In school you work and study so you can graduate. You get training to get a job. Thousands of self help books have in their basis goals and plans and while they may not say there is a start and then an end, the say (I think) basically that once one goal is reached you have to set another. Which is really just another straight line

I'm sure there is much more to it, but this is how I see that the notion relates to Aikido...we are products of our culture and by default want to have things move in a straight line. But in Aikido conflicts and force is greeted and redirected by often going in circles.

I think my thesis is that we are programmed to think linearly and that is why changing to a circular response is so difficult, even if it is actually takes less force.

I'll ponder this some more and maybe re-write it and re-post later.
Posted by ZeppoManx at 5:20 PM

Got up too early.. reading your posts for the first time in awhile.. Good stuff.

I don't know if it directly applies but it reminds me of those techniques where you turn and uke is pushed out by centrifugal force but nage bring is all and down by concentrating on the center, twisting the hips and corkscrewing uke to the ground.