View From a Bridge


Thanks PaPa
Posted by ZeppoManx at 8:06 PM No comments:

Find Aikdio In a Rock and a Hard Place

After class tonight Sensei made the analogy that aikido was like the thought of Michelangelo that it was not the sculptor forcing the art on the stone but every stone had a sculpture that was up to the artist to let out. I think he was alluding to those moments when you are working on a technique and suddenly, magically, the aikido thing just presents itself without you forcing it. Basically the technique presents itself.

I also think it relates to another story he likes to tell where a reporter saw the Aikido Founder, O'Sensei, do irminage and the reporter was so amazed and asked to see it again. But even thought uke kept attacking, O'Sensei kept doing different techniques and finally the report asked why he wasn't doing iriminage. But the thing was, even a seasoned attacker can't always control all variables of and attack and since the founder would not force a technique where it didn't apply so he kept doing different techniques.

So much like Michelangelo seeing a different sculpture in each individual stone, given the differences of stone grain, density or what every, so O'Sensei would see the difference in each attack and do the aikido that was just waiting to be released.

The photo above is an unfinished Michelangelo sculpture where the subject looks like he is struggling to step right out of the stone,

Below is O'Sensei just doing his thing

Posted by ZeppoManx at 11:28 PM No comments:

The Domino Men by Jonathan Barnes
My rating: 3 of 5 stars

I don't know what to think of this book and it is not clear what the point of the story is, but the author manages to make it work. Either the story itself is the ambiguity or maybe I almost “get it” and if I think about I'll get the point, or somewhere in between.

The protagonist, Henry Lamb seems to be a normal an average sort of chap. But by the end it seems he has nothing much to him, and in fact he has been hollowed out, psychically, or soul-ly. So his whole life really didn't mean that much, so, what the heck. It may point to a failing in myself, but I really sympathize with this guy.

But the thing is this the novel is that type that I don't know if I will like until the very end, because I've become invested in the story and if he does something stupid I will retroactively hate the book.

J Barnes did not do that and in fact managed to prolong my decision on liking or disliking. I am still not sure, and for now, that feels good!

Posted by ZeppoManx at 8:38 PM No comments:

I took quick motorcycle trip to Houston and left Sunday to return on Monday. A very fine trip, beautiful views. And thanks to a Skeptical Walrus who lead me through Sam Houston National Forest. 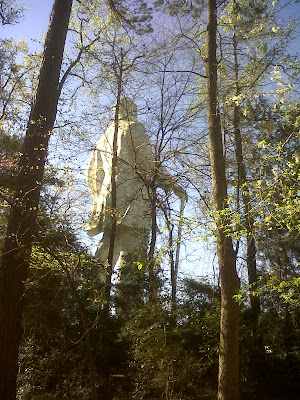 On Monday I rode back to Dallas and stayed off the Interstate a bit and along the way I stopped by the giant Sam Houston statue near Huntsville, TX. I've driven by that thing for 30 years and this is the first time I stopped. Strangely it looked less creepy when viewed close up.

I don't know what the story behind is but there is giant face of Sam Houston in front of some concrete steps, and I thought it really looked like something from a Doctor Who episode. 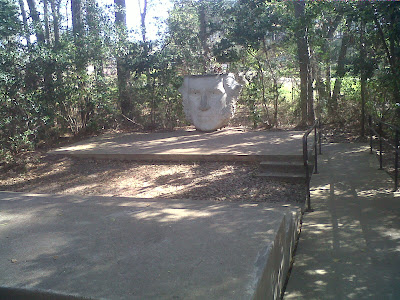 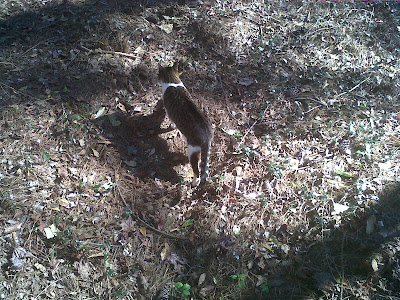