Yesterday I flew through 2 more audio units in the Pimsleur CDs which makes 2 CDs done. I know all the words but I still occasionally stumble in coming out with the right response (even when I already "know" what to say).

But it does make me think that these first 8 CDs will not cover that much material and then I will have to find the rest of the set at another library or find used copiers somewhere.

And I got through lesson 5 aka as leccion Quinta, of the Assimil book and audio. Assimil is a French company and I gather they are a popular in Europe, so the the audio uses a Castilian accent with the lisping C. VERY strange to hear since every other experience I had in learning Spanish has been with the New World correct accent.

I hear the lisp but respond as if I was from Mexico, plus the dialog already has some vosotros thrown in. Which I knew about but I have never actually seen it in a beginning lesson.

Other new things in Assimil...

Tenía ganas de verte - I may have learned about Tenía ganas in the past but totally forgot about it meaning to desire something. I only remembered Quiero.

Deberías trabajar menos - It must be a common phrase, but I had to google it to figure out what tense Deberías was (conditional). And that is only on page 13.

Yo conozco a un médica - If I knew about using "a" after conozco, I had forgotten.

Posted by ZeppoManx at 6:16 AM No comments:

My intro to this new attempt at learning Spanish. Here I try to continue blogging, but is blogging still a thing?
Posted by ZeppoManx at 9:54 PM No comments: 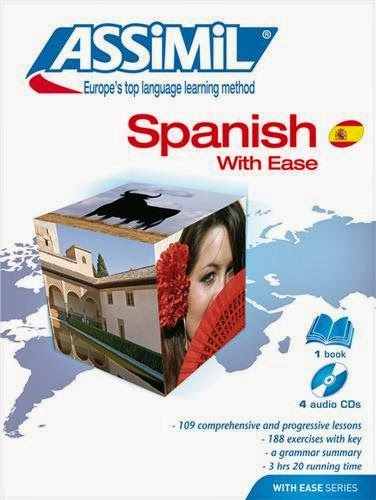 This week I think I will have another crack at self taught Spanish. This time my main tool will be Assimil Spanish with Ease and as a backup I checked out Pimsleur Conversational Spanish 8 CD set from the public library.

This weekend I had to work on Saturday and during a slow spot I somehow landed on the Pimsluer website. To hear them talk about their product, the Pimsluer method was almost magical. 8 or 9 years ago I was on an Italian jag and used their Italian cassettes for a while. I later took a few semesters at the local community college and liked that quite a bit. Anyway, I knew the Pimsluer method was not a sure fire ticket to success. BUT I remember it being at least OK and it probably helped me when I took my classes.

Sooo, then I remembered hearing good things about Assimil when I was thinking recently about trying Italian again.

That said, and without really thinking about it, I decided to take another stab at Spanish. I've already started listing to Pimsluer, 2 lessons so far, while I wait for the Assimil to arrive.

Just to establish the starting point, I've periodically attempted Spanish over a few decades so this is nothing new. Back in 1990 I spent 2 months at a language school in Mexico and that helped, and I sort of think the only real way to learn a language is to live there and be forced to learn it to survive. BUT I won't ever have that chance, so one does what one can.

Will I stick too it or will I fall off the learning wagon? Will it last a week? Month? Six Months? Longer? 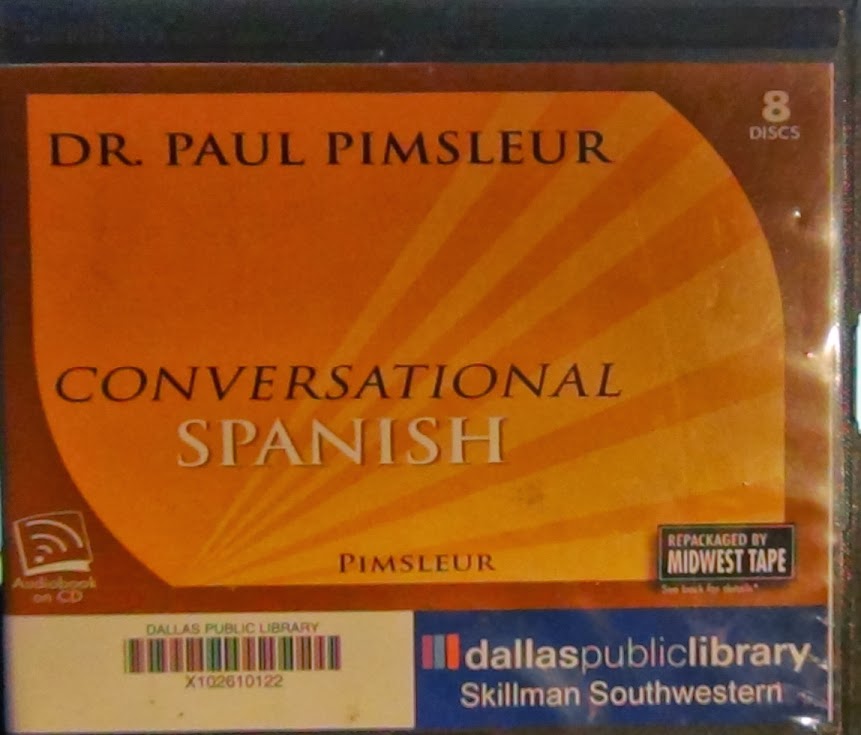