My Night With Jennifer Aniston 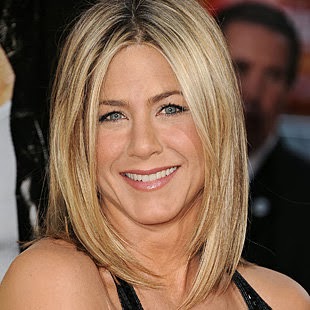 Last month I had dream. In that dream I was at a grade school reunion and it seems Jennifer Aniston was in my 5th grade class.

Anyway we started talking and we instantly realized we had a real connection. Like we were talking about deep, important things about life and everything, none of which I remember now. We spend most of the evening off in a corner talking in whispers or at least low tones indicating seriousness.

That last conversation was us realizing we could never do this again since the media wouldn't understand that our relationship was completely platonic. So with sinking hearts we all (somehow we were in a group then) shared a car as we left the reunion.

It just goes to show you how old I have become. I have a dream with Jennifer Aniston and all I do is talk. I am sure my younger dream self wants to time jump and give my current dream self a kick in the pants.

Posted by ZeppoManx at 9:28 PM No comments:

We Really Are Our Own Worse Enemy

Idiot America: How Stupidity Became a Virtue in the Land of the Free by Charles P. Pierce
My rating: 2 of 5 stars

Pierce says he appreciates that America is a place where every crank can show whatever wild theory and God bless him if he finds a following. The problem is it seems the cranks are running the country and not out on the street corner.

1: Any theory is valid if it sells books, soaks up ratings, or otherwise moves units.

2: Anything can be true if someone says it loudly enough.

3: Fact is that which enough people believe. Truth is determined by how fervently they believe it.
This would be fine for the marketplace of ideas if there was a balanced, intelligent body around to challenge the wild eyed ones when the approached governing America. That way any actual ingenious idea would get through. BUT, in today's politics the elected representatives ARE the cranks and any expert with well researched thought out data is left in the dust because the there premises trump balanced reasoning.

I say forced, but the thing is all these people are elected idiots (I'm a “life is complicated and there are many sides to each story” kind of guy, BUT anybody who falls on the non-science side of the above issues is an Idiot. Maybe they are wonderful people at home, but on these counts...). As I was saying, for the most part he blames the politicians but WE the PEOPLE elected these bozos so POGO's quote was especially prescient "We have met the enemy... and he is us" . OR maybe people in general have always been idiots.

I didn't realize that it was under Reagan that dropping regulations in radio basically setup the nation of the saturation of conservative talk radio. There used to be this thing call the fairness doctrine where any view on radio or TV required the station to offer opposing views. What a quaint idea. Being fair about the issues. That would never fly now.

In 2003, the psychologist Paul Ginnetty examined this dynamic in Newsday, focusing on Limbaugh’s show but analyzing the appeal of the entire genre, what he called “the potent narcotic of reassuring simplicity.” (pp. 109).

He goes on how today politics requires not determining the best ideas but rather the best narrative.

The apotheosis of the modern novelized presidency was that of Ronald Reagan. (p. 234).

He offers up James Madison as the intelligent founding father we really should be emulating. But from the little reading I've done of that era, for all the wisdom of those chaps, it really could have gone off in another direction since I wonder, but don't know, if there were probably a fair share of cranks in the continental congress at the time.

In conclusion:
We've chosen up sides on everything, fashioning our public lives as though we were making up a fantasy baseball team. First (p. 261)

After pulling together notes for this review I a bit depressed, and I promised myself to cut back on the Vino so it will be a tough night.

View all my reviews
Posted by ZeppoManx at 9:05 PM No comments:

Winter in the Blood by James Welch
My rating: 4 of 5 stars

My lure caught a windfall trunk and the brittle nylon snapped. A magpie squawked from deep in the woods on the other side of the river. Pg6

But over all Winter in Blood is a hard book. Severe.

“And I was staring at the sobbing woman with the same lack of emotion, the same curiosity, as though I were watching a bug floating motionless down an irrigation ditch, not yet dead, but having decided upon death.
I slid off her. Everything had gone out of me, and I felt the kind of peace that comes over one when he is alone, when he no longer cares for warmth, and or sunshine, or possesions or even a woman's body, so yielding and powerful.” pg 99

I had a bias going into this story. I think that I thought a book by a Native American writer (I read he didn't care for the term but it is what is said now) would somewhere have an answer for me to the conflicts I see in our modern world.

Am I falling into a vague stereotype about Native America wisdom? Like I might then go on a sweat lodge retreat and contact a sympathetic animal spirit?

BUT there was some indication of an underlying reply to the western civilization we know. He at least acknowledges what I have felt for a while, that there is something messed up in the world. The clearest statement is when the old, blind yellow Calf about talks with animals and why they are unhappy.

“They are not happy with the way things are. They know what a bad time it is. They can tell by the moon that the world is cockeyed.”

So maybe it does cover some of the territory of Ceremony by Silko, but Ceremony was much more explicit.


View all my reviews
Posted by ZeppoManx at 9:58 PM No comments:

Just Kill Me Now. We are all Doomed

Tear Down This Myth: How the Reagan Legacy Has Distorted Our Politics and Haunts Our Future by Will Bunch
My rating: 3 of 5 stars

The book starts with a description of the Cult of personality as applied to Reagan
step 1: Eliminate any negative reference, such as Iran Contra
step 2: Award credit where it is not due: Cold War was Reagan ignoring 40 years
step 3: Whitewashing any qualities that don't mesh with the new vision. Good Qualities as well as bad, such as the fact that he talked with the enemy and compromised and raised taxes

I was frankly amazed that there was so much good to say about the man, of course it was mainly because he didn't follow through on his rhetoric.

For all his hawkish bluster the only real military engagement was Grenada (don't get me started on that pile of ..well pile something). AND it turns out his advisers multiple times tried to get him to invade Panama, but he always refused.

And of course for all the praise the massive 1981 tax cuts Tea-baggers praise, it turns out he raised taxes for the next six years. Something like 11 times.

But good points and nuance aside, one of the more frustrating things was the replay of the Carter Reagan debate where at one point Carter said..

Now we have and opportunity to move forward toward national health insurance, with an emphasis on the prevention of disease and...(he goes on make wonderfully important and telling points)

There you go again.

A line Reagan had practiced over and over again and he killed with it.

The fact that this line is remembered with affection and some odd example of how wonderful Reagan was, makes me think our country really is doomed.

He meant to say facts are stubborn things, but really he was unwittingly insightful. Facts by themselves mean nothing, they require context and interpretation.

One could say it is a fact that Carter had the solution to our current energy problems decades ago, or that he was the one that started the deregulation of big business, or that he was already rebuilding the military or appointed Paul Volker who was truly responsible for reigning in inflation. You could say that but every one of these facts say one thing to me, but to conservatives they prove the opposite.

It is like how I imagine a tarot reading (I really don't know), you lay down one card (a fact) but all the other you place around it influence the reading until the next thing you know the seer-er is telling you that Reagan shrank the size of government and the deficit.

The author does a pretty good job of tracing the beatification of St Reagan and points out that by the end of his presidency he was only mildly popular and one of those irritating rate the President polls one time had him, Carter and Clinton about the same (before Clinton's blue dress problems)

By the time of his death it was as if George Washington had come back to life and died just to get some press coverage. Almost no mention of Iran Contra, which another of the facts don't matter that he was advised selling arms to Iran was an impeachable offense and he said not to worry about it.

He also points out that the ramping up of the Reagan sainthood got underway around the time the demonize Clinton industry took off. His point was that in order to have a hero you have to have a villain. Maybe there is some of that in the Obama hater's club.

The latter part of the book looses focus for me since he leaves the hypothetical world of facts and starts opining on what it all means and what America is really like. All very vague and hard to prove. But then again that is the gist of the Reagan lesson, Proof is now really just strongly stated belief. Do it just like Reagan did, and you may recall George Costanza in Seinfeld clarified it when he said “It's not a lie if you believe it!” Reagan believed it.

View all my reviews
Posted by ZeppoManx at 10:18 PM 1 comment: